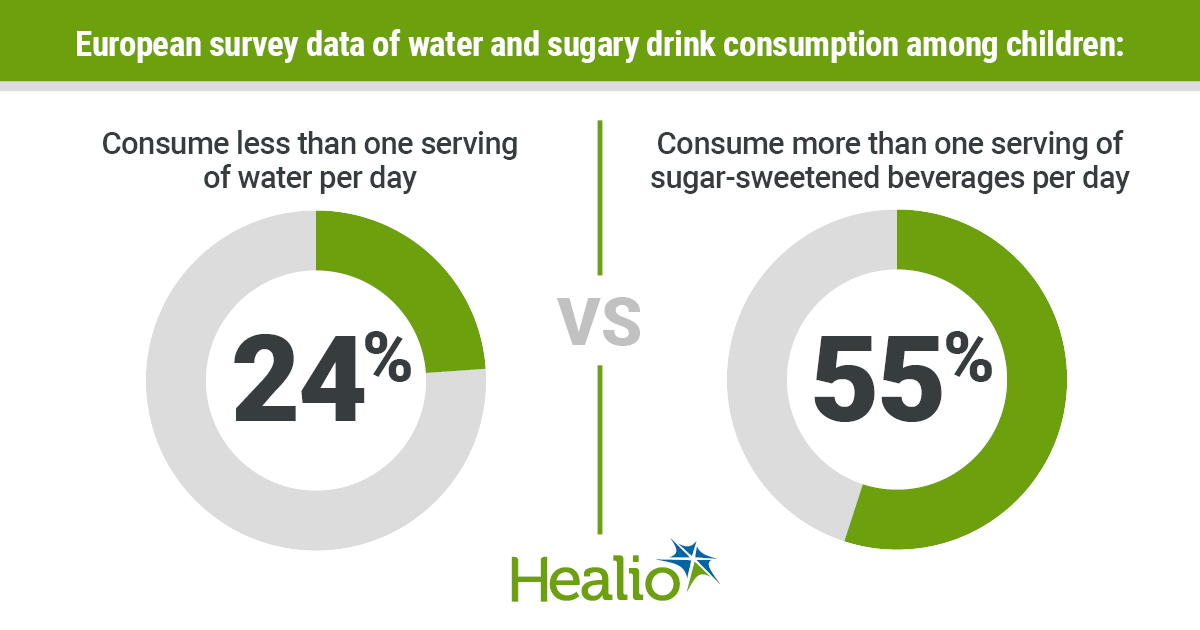 During the high water intake intervention, researchers found that children exhibited 34% lower working memory during the switch task relative to the low intervention. No significant changes in cognition were observed for the flanker and go/no-go tasks. Zemdegs said higher urine concentration was associated with lower accuracy on the switch task, noting that children's cognitive flexibility selectively benefits from greater habitual hydration and water intake. “Water and hydration impacts kids’ cognition,” Zemdegs said. “One important question is whether kids are well hydrated and drinking enough water at school, when they need cognition to be at the best level so they can learn and pay attention.” Despite spending approximately half of waking hours at school, children do not drink water there, with only 14% of total fluid intake occurring at school, Zemdegs said. Parent surveys show children prefer other beverages, do not realize they should drink more water or water is not available. “Education is part of behavior change,” Zemdegs said. “We must tell kids why it is important to drink water and make it fun to improve water intake.” Zemdegs said simple steps can improve water intake among children: Create “moments of hydration” — Parents and caregivers should encourage children to drink water regularly before school, during lunch and dinner, during class or while outside, Zemdegs said. “Drink as I do” — Survey data show that children with parents who often consume carbonated sugar-sweetened beverages were 300% more likely to drink such beverages themselves, Zemdegs said, whereas 87% of children consumed water when parents were drinking plain water often.